Blog » Expeditions » Breaking the Cycle in Africa » After the Finish Line

By completing the expedition, the job is only half done. Since returning to Australia I have been exceptionally busy and apologise for having not yet reported on the return journey from Hafun to Bosaso, Bosaso to Berbera, then Dubai – Melbourne. Here’s a brief account of what happened.

We started late from Hafun as our hosts had caught and prepared us some beautiful fresh fish for breakfast. There were a few difficulties during the fourteen hour journey from Hafun. Four vehicles started; the two bulletproof vehicles which had kindly been loaned by Range Resources, the technical and the Hafun mayor’s vehicle. The later two did not make it out of the sand on the isthmus and eventually we had to leave most of the soldiers and locals to fix their vehicles – awaiting help which had been organised by Issa. One of the bulletproof vehicles also broke down, but they were able to make running repairs.

The countryside on the journey to Iskushuban was dramatic with craggy wide canyons and open plains. Crossing a wadi, we both managed to get bogged and everyone contributed in stabilising the sand (with rocks and I found a sheet of iron which was used effectively as a runner). The ancient royal seat of Iskushuban is a stunning oasis. 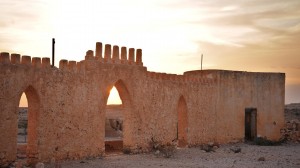 We made a brief break there for dinner. We certainly could have spent more time looking over the historic fort and oasis. 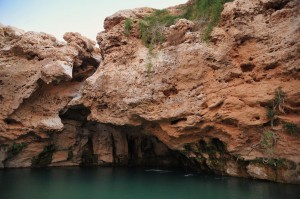 Everyone seemed to know who we were and what we were doing thanks to the story aired on the BBC World Service (Somali) – an interview I did just before cycling up Ras Hafun.

We took a few wrong turns travelling in the dark, 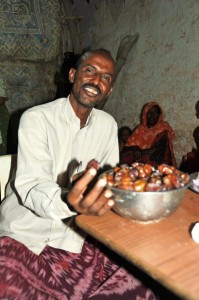 but eventually made it into Bosaso at about 1.30am. There we spent two days, organising ourselves and waiting for the connecting flight on Juba Airways. This was an opportunity to meet a few more government officials including the Deputy President, ministers of Finance, Ports and Counter Piracy and I spoke to the Minister for Education over the phone. Like in Garowe, we were very restricted in our movements due to security, but looked after incredibly well. Issa and Abdiwali stayed with us until we flew out. Jane, Zdenek and I felt very priveleged to be able to see Puntland and be so well cared for by the government and welcomed by the people. It was overwhelming at times. It was inspiring to learn about the practical plans being implemented by the various government departments to ensure sustainable improvements the living conditions of their people. With no effective federal government and the devastating civil war, they are starting from scratch to achieve peace, develop infrastructure, education and health services and encourage investment. There is a very long way to go, but if the spirit of the people that we met is anything to go by, the only way is up. 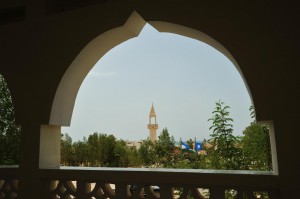 Travelling on a Juba Airways plane was very dubious! As we walked out on to the runway, our friend who was travelling with us exclaimed, “Oh, we’ve got one of the scary planes today”, which didn’t instill a great deal of confidence. Few of the seatbelts worked and much of the interior was worn out or torn out – but the take off and landings were perfect!

Back in Berbera we were looked after by Omer who drove down from Hargeisa and we are indebted to him for his efforts. He even managed to convince Africa Express airways to support us. They very kindly waived my (huge) excess baggage. I was out of funds, so this was very timely. Jane, Zdenek and I spent two days in Berbera before we said our goodbyes; Omer returned to Hargeisa, Zdenek to London and then Prague and Jane and I to Dubai, then Perth and Melbourne respectively.